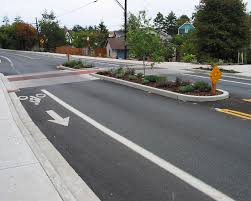 Broward deputies said that a 32-year-old Pembroke Pines man has died after smashing into a tree. Law enforcement officials said that Brendon Bachelor’s vehicle rolled over after initially hitting a median after crashing.

Related: Deadly Driver Turns Himself In

The vehicle mishap happened at 11100 Stirling Road in Cooper City around 4 AM on Saturday. Sheriff’s deputies also said Bachelor was traveling at an unsafe rate of speed when he approached SW 110 Avenue. The victim’s vehicle hit the elevated concrete median on the driver’s side. The car then veered wildly across the median and into eastbound lanes. The driver then attempted to regain control of the car, but over-corrected and caused the Hyundai to spin clockwise.

The vehicle hit the median a second time, which caused it to roll end-over-end. It plowed through a nearby grass median then smashed into a tree before coming to a rest. The Broward Sheriff Fire Rescue team was called and got to the scene of the accident shortly after it took place. Bachelor was pronounced dead at the scene.

Speeding greatly increases the risk of injury and death in an accident. The police have methods of determining how fast someone was going when an accident happened, including skid marks and damage assessments. If you’ve been injured in an accident, we can use that information to help your case if you decide to go to civil court for your injuries. Call our experienced attorneys for a free consultation.