Driver of Lamborghini in Deadly Crash Pleads Not Guilty 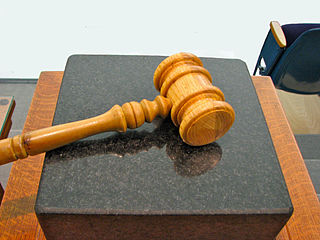 Driving while intoxicated is a serious charge, and one that regrettable is all too common. The reason for the stiff sentences, and higher court settlements is the fear the public has toward this problem. While typically the drunk driver is someone who has an issue with alcohol, once behind the wheel he or she is taking on the responsibility of driving. The cost to the public caused by drunk drivers is measured in strictly monetary terms, as many have lost their health, their family members, and their lives because of someone else’s decision to get behind the wheel while intoxicated.

A 53-year old man has been charged with Vehicular Homicide in relation to an April 24th crash involving a Lamborghini and a Chevrolet Suburban. The accused, 53-year-old Andres Toro has entered a plea of not guilty. According to Miami police it’s believed tat Toro was driving in excess of 100 m.p.h. when the Lamborghini he was driving slammed into a SUV on MacArthur Causeway. The SUV was stopped at a traffic light and the resulting collision sent both vehicles air born killing one man and seriously injuring another.

During the court proceeding on Friday May 16th in which Toro entered his plea, two new charges were added by the state including Damage to Property/Persons and Reckless Driving with a Severe Injury. The April accident resulted in the death of 42-year old Dr. Malcolm Lloyd and the driver of the SUV 46-year-old Raul Alfonzo was rushed to Jackson Memorial Hospital in critical condition.

According to the accident report referenced in the proceedings the Lamborghini tried to changes lanes at high speed and struck the Suburban. The police report states there was no evidence the driver of the Lamborghini attempted to brake or slow down. The prosecution asserts this demonstrated a “willful and wanton disregard for persons or property.”  According to the report the driver of the Lamborghini blood alcohol was 0.173, which is double the state’s legal limit for driving under the influence. If convinced Toro faces over 21 years in prison.

In a state court the aim is to see to that drunk drivers are prevented from harming anyone else, and that others will be deterred from driving while under the influence. In civil court an attorney is tasked with making sure that victim’s rights are taken seriously.

If you or a loved one has been injured or loss in an automobile accident, we can help insure that your rights will be protected when dealing with insurance companies, and in seeking compensation for damages in civil court. Call us for a free consultation and legal analysis today.