Bond for DUI Manslaughter Defendant Set at Over $500k 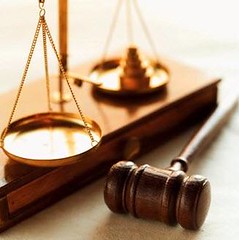 Nothing is more frightening for a parent than the first time their teen takes the car out for a drive. Are they ready? Will they be safe? If something happens, how will you know and help? So many doubts run through your mind, but there comes the day when you have to let them go and trust they’ll do the right thing.

We can only imagine how the parents of Kaitlyn Ferrante and Maria Catronio felt after their daughters were killed in a car accident, all because the girl that was driving them was drunk and possible under the influence of illegal drugs.

Now, 21-year-old Kayle Mendoza is facing charges of DUI manslaughter. When it was revealed in court that Kayla was a habitual user of marijuana and that she had never even owned a driver’s license, her bail was set to a whopping $600,000 dollars.

Kayla was driving with her two friends while under the influence when she started driving the wrong way on the Sawgrass Expressway. The resulting crash ended in two deaths and Kayle serious injured. She is still in a wheel chair. Nonetheless, because of Kayla’s incessant disregard for Florida traffic laws, having driven on many occasions without a license and having even ignored a citation issued to her for just that, the judge ruled that a high bail would insure Kayla wouldn’t find a way to get behind a steering wheel before her court date.

Related: Man Guilty of Manslaughter After his Dog Killed a Child

If you or someone close to you has been in a car accident, resulting in damaged property or personal injury, you’ll need expert legal representation to make sure you get the compensation you need and deserve Miami Car Accident Lawyers will fight for you. Call our offices now for more information.