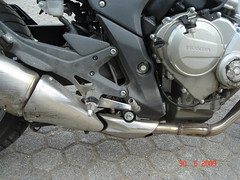 Driving under the influence of drugs or alcohol is extremely dangerous for both the drunk driver and others. Not only can drunk driving cause accidents of all kinds, but it also impairs judgment, causing some to do or allow things that are simply awful.

Take the case of Donna Brown, of SW Florida. While driving under the influence last May, she hit a man on a motorcycle. Not only that, but she is also charged with dragging the man for 3 miles.

On Monday, Brown accepted a plea. She is charged with DUI manslaughter, damage to a person and property, leaving the scene of a crash involving death, and driving under the influence.

After Brown his motorcyclist Carl “Ed” Patrick, she attempted to flee the scene. But the impact let Patrick trapped under Brown’s vehicle. She drove on and dragged him for nearly 3 miles. By then, Patrick was already dead.

As a result of the charges against her, Brown will receive eight years in prison, two years of house arrest, eight years probation, and her driver’s license has been permanently revoked.

If you’ve been the victim of a DUI-related car accident, whether there’s been personal injury or damage to property, the right legal counsel can help you get the help and support you need. The expert lawyers at Miami Car Accident Lawyers are ready and willing to help you deal with all parties involved. Call their offices now for more information.